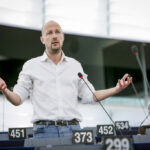 Botenga (The Left): "Draghi is not the alternative, and poses a democratic trouble"

Bruxelles – Everybody welcomed his appointment, everybody saw him as the best solution ever. Mario Draghi is the superstar, the celebrity of the moment, when in reality there’s nothing to be happy about according to the Left in the European Parliament. MEPs from the group once know as the GUE/NGL expressed criticism and Marc Botenga (PTB-PVDA, Belgium), member of the Industry committee, explained the group’s point of view in the interview with Eunews.

Eunews: Your group was very tough on Twitter about Draghi. Why is it not a good news the fact he will lead the Italian government?

Botenga: “We see above all a democratic trouble. It is clear that sociademocracy in Italy has no problem in getting allied with far right forces. No doubt that the League is a far right party. This concerns us a lot. The fact that the far right be endorsed by who claim to be socialdemocrat is a risk, we fear that it could happen in other countries, and not just in Italy. And I must confess that we find shocking the silence from the Democratic Party side. The only positive element of this new government is that the League’s anti-establishment profile disappears, because it is hard to find out somebody who is the expression of the establishment more than Draghi. Of course, Salvini is going to lose credibility by granting his support to the former ECB president. Furthermore, the narrative of the Five Star Movement shows to be nothing but rethoric”.

Italy’s new government solidifies the normalization of the far right & is set to serve the interests of the elite.

At the helm? None other than Mario Draghi.

E: Let me understand. You are saying that PD is not credible, and the League is not credible, either. Is there a problem with the political system in Italy?
B: “As I said, there is a democratic issue to us. These political parties went to elections making certain promises and then they found themselves all together in the end. I try to figure out for a while how can feel a PD voter, who would have never had allied with the League. I try also to figure out how can feel a Five Star Movement supporter, who represents the anti-establishement sentiment. I would feel myself betrayed”.

E: Is Draghi bad for Italy alone or is it for Europe as well?
B: “Italy is one of the biggest European countries. I mean not in terms of demography, but in terms of economy. So, it is clear that whatever happens in Italy it has spillover effects on the rest of Europe. To us Draghi is not the alternative. In Europe people want to turn page, we have seen how harmful the austerity was. Draghi shows the need of a left-wing alternative, a credible one, which deals with the social challanges. We are worried that the impact of Mario Draghi’s policies will hurt many people”.

E: With Draghi Italy has the chance of doing those reforms that Europe have been asking since many years. I refer to the country specific recommendations. Is it really a problem?
B: “Reformes by themselves are empty words . What really matters is what kind of reforms we talk about. It is nice to have capable and skillfull men, and I want to be clear: Draghi is a serious and capable man. Nevertheless he will put forward a kind of reforms that penalize people. It would be harmful. I personally wouldn’t focus on the expertise of the man”.

E: Are you suggesting that the problem with Draghi is that he can’t renegotiate the reforms at EU level?
B: “I do believe it is a matter of will rather than a matter of capability”.

E: Are you going to invite Mr. Draghi to the Parliament in order to discuss his program?
B: “It is not up to us, there are procedures to invite people. Of course, in the case of a Draghi’s appearance we would find ourselves in an unprecedented situation where almost all the parliamentary groups, from socialdemocracy to the far right, would support him. The democratic trouble I refer to is also about this”.

E: In that case you would find yourselves to the opposition together with the ECR…
B: “Not together with the ECR. We cannot be mixed up. They do another kind of opposition, they do opposition on different topics. ECR are a conservative group who defend the national liberalism, while we call for more social investments and a disruption in liberal policies”. 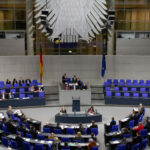 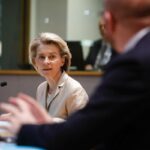 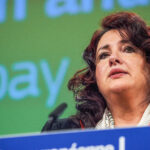 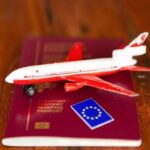