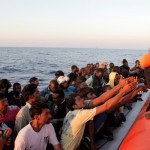 Task force on Frontex. Gozi: “It has to replace Mare Nostrum,” Kyenge: “It can’t”

The expert meeting among the Italian representatives, the EU Commission and Frontex was held today at the headquarters of the Immigration and Borders Police, in order to evaluate the ways in which Europe will be able to support Italy for the emergency of immigration. The target, as explained by Michele Cercone, spokesperson of the EU Commissioner for Internal Affairs, Cecilia Malmström, is “identify the best way to help Italy” in dealing with the emergency of immigrants flows. Between Friday and Saturday about 4,000 migrants were saved on the sea, about 113,000 since the Operation Mare Nostrum has started.

On the table the analysis of costs and units necessary to implement Frontex in case of the possibility for the European agency to act directly and more effectively on border patrolling. Tomorrow Malmström will discuss the issue with the Italian Interior Minister Angelino Alfano in Brussels. The idea would be the activation of “Frontex Plus” even though, added Cercone, so far “no decision has been taken” and discussions are “open and ongoing.”

Yesterday, Sandro Gozi, Undersecretary for European Policies, reiterated the Italian request to the EU for stepping up the quality of borders management. “Italy calls for coherence,” he said, “the Mediterranean border is a common frontier and we need common actions, starting from an increase in funding and in effective capacities of Frontex, which needs to be the effective replacement for Mare Nostrum.”

The hypothesis does not convince the Italian MEP for the Democratic Party, Cecile Kyenge, former Minister of Integration in the Government led by Enrico Letta. “Was Italy to come to Brussels and said only: ‘Enough with Mare Nostrum, let’s go with Frontex’ then I doubt it will get any result,” said Kyenge. According to her in fact Italy needs “a large range plan, with several levels of intervention.” Moreover, “it is impossible to place such a complex issue in the hands of Frontex only,” she said to Adnkronos. Kyenge said it is also clear that Mare Nostrum “is no longer enough” and that “it is not a mere matter of resources,” but “of laws and procedures.” Europe would “activate the procedures for issuing a ‘humanitarian protection visa’ and set up territorial districts for ‘transit’ Member States.” This would result “in a remarkable reduction of the risk of sea crossings, shipwrecks and deaths.”

In Rome experts of the Italian Government and the Commission to prepare the political meeting between Malmström and Alfano tomorrow. The Undersecretary supports the Minister, but according to the Democratic Party MEP if Italy was to insist on this proposal it would be “difficult” to reach an agreement between Rome and Brussels 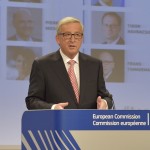 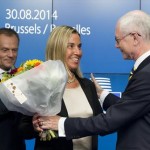 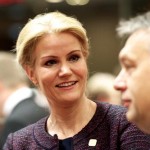 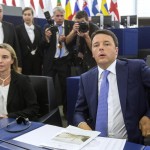