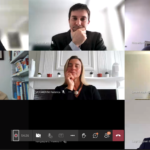 Brussels – Can the differentiation in European foreign policy advance and strengthen the EU’s role in world politics? Federica Mogherini, Rector of the College of Europe and former High Representative of the European Union for Foreign Affairs and Security Policy, has no doubt: “Our diversity is what makes the EU foreign and security policy effective. We have to be as the director of an orchestra, who creates the harmony out of 27 voices”.

In a nutshell, this is how Europe’s voice can be heard in world politics thanks to various modalities of differentiation within and outside the EU framework. Mogherini’ gave a speech during the webinar European foreign policy in turbulent times: Does differentiation make the EU a stronger actor?, organized by the Finnish Institute of International Affairs today (Tuesday 23 March) within the framework of EU IDEA – Integration and Differentiation for Effectiveness and Accountability.

EU IDEA is a project funded by the European Commission under the Horizon2020 programme and led by Istituto Affari Internazionali (IAI), with the participation of Eunews as media partner, EU IDEA addresses differentiation and integration issues in order to find viable solutions to the current challenges that the EU is facing. Considering the increased great-power rivalry and the global issues, European foreign policy is one the most prominent challenges. 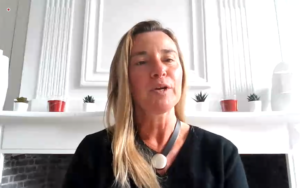 “We should never say that we have to speak with one voice, because we have 27 or more voices and this is our asset“, explained the former High Representative of the EU. “We would reduce the possibility to connect with some partners and to enrich the European perspective”. Mogherini agreed with Nicoletta Pirozzi, Head of the Programme on the European Union at the Istituto Affari Internazionali (IAI) and EU IDEA Project Coordinator, when she said that “differentiation has become the new normal in the EU, because it can offer a way forward when homogeneity is not achievable for now”.

France and Germany have addressed the Ukraine crisis in the Normandy format with Russia and Ukraine: “This is a clear example that Member States can support the EU foreign policy”, Mogherini stated. “Brussels was perceived as part of the problem. For this reason, it had to do a step back, letting the two countries, with a clear link with the EU, to bridge the gap”. Another example is the conflict over Iran’s nuclear programme: “France, Germany and the UK have supported the EU global role”, Mogherini underlined. “The High Representative of the EU had a unique role, as facilitator of the process on behalf of the UN. It made possible to relate with Russia and China, when the United States left the dialogue”.

Relevance and irrelevance of the EU foreign and security policy was the thread of the webinar moderated by Juha Jokela, Programme Director at the Finnish Institute of International Affairs. Eduard Soler i Lecha, Senior Research Fellow at the Barcelona Centre for International Affairs, stated that “unity is better, but not if it means to be irrelevant, while the differentiation can show all the EU relevance on the international political scene”.

However, even differentiation can be a real danger of disunity, when it originates in the lack of EU common position: “The worst scenario is when one or more Member States decide to think differently and to openly express their disagreement”, the former High Representative of the EU explained. Senem Aydın-Düzgit, Professor at the Sabancı University, warned that this can be the case of the Visegrád Group: “As Turkey announced the withdrawal from the Istanbul Convention [Saturday 20 March, ndr], the four countries will raise their voices to disagree with the EU position. This is a political statement“.

Marco Siddi, Senior Research Fellow at the Finnish Institute of International Affairs, and Luigi Scazzieri, Research Fellow at the Centre for European Reform, pointed out another risk: the bigger Member States may have the possibility to organize themselves independently, introducing an element of suspect and distrust in the other EU countries. “This is why the High Representative has always to be in control of the situation“, Mogherini stressed. “The differentiation in European foreign policy cannot increase the competition among Member States, under the surface of unity”.

Federica Mogherini, former High Representative of the EU for Foreign Affairs and Security Policy, took part to the webinar 'European foreign policy in turbulent times', hosted by the Finnish Institute of International Affairs. "We have 27 or more voices and this is our asset". Watch the video recording of the conference 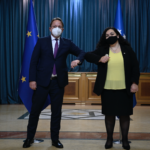 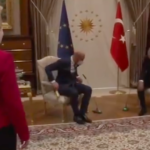 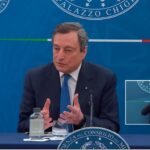 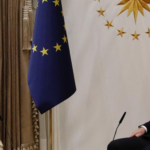